Sondra received her Bachelor in Nursing degree from Gustavus Adolphus College and her Masters of Arts degree from the University of St. Thomas in Adult Education and Human Resource Development with a Certificate in Training. Her nursing experience includes Medical-Surgical, Neurology, Diabetes Education and Health Promotion and Education. Sondra was the owner of Weinzierl Education Associates for over 25 years and provided workshops, team facilitation, strategic planning and health promotion consultation to a wide variety of organizations in government, health care, education and industry. From 2009-2010 she was a FCN in the Boston, MA area and currently serves as FCN for two churches in Plymouth, MN: Peace Lutheran and Messiah United Methodist. 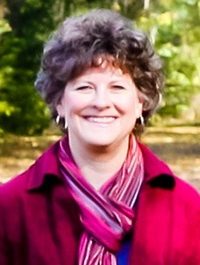 I have had the privilege of practicing and leading in faith community nursing in several roles over the past 20+ years. Currently, I am Assistant Professor of Nursing at the University of Northwestern-St. Paul School of Nursing. Additionally, I coordinate student clinical experiences which include using FCN Preceptors. I have the opportunity to teach content that introduces students to the FCN role and I have students working with me in my own FCN role as Pastoral Nurse at Scandia Shores Senior Living. Prior to my work at Northwestern, I launched and developed the HealthEast Faith Community  Nurse Network. I've been involved in the Faith Community  Nurse Network of the Greater Twin Cities since its inception in 2005, and have held a variety of roles over the years, most recently on the Research Committee. I have an MSN from Bethel University and also completed a Clinical Pastoral Education Program in 2005.

David holds a BA in Nursing and Psychology, a MA in Public Administration and Nursing. He was certified in Critical Care (CCRN) and Emergency Nursing (CEN) for 5 years. His clinical experience has been in critical care, emergency care as both a nurse and educator. His geriatric experience includes, expansion of the Block Nurse Program in Highland Park in St., Paul, completion of the Faculty Learning about Geriatric (FLAG) program, and a co-author of a chapter on Emergent care of Older Adults in Gerontological Nursing by Dr. K. Mauk. He retired from Bethel University where he team taught in nursing to older adults, end of life simulation, and leadership. He started as a FCN in 2018 and has been Head Deacon of his local church for 20 years.

Currently serving through in kind support from Presbyterian Homes & Services (PHS) extending PHS’s community benefit by championing Faith Community Nursing in concert with other community partners. From 2016-2018, Jess launched FCNN’s Stepping On program as it’s Program Director. Over the last decade, she has championed innovative healthcare initiatives within academia, provider settings, and retail. Jess has also served as a management consultant to the YMCA to help define their healthy aging strategy and to launch the George Wellbeing Center. She also has held leadership positions within Target, the University of Minnesota, Allina Hospitals and Clinics, and Ecumen, a provider of homes and services for older adults. Her areas of expertise include strategy and program development.

Dee received her B.S.N. from the University of Minnesota School of Nursing and her M.S. from the School of Public Health with majors in public health and mental health and minors in education and social psychology. Her work experience includes camp, public health, migrant health, mental health, nursing education, corporate health, home health and faith community nursing. She was one of the FCN's of First Free Church, Minneapolis from 2005-2017 and served as lead faculty in the FCNN basic preparation course from 2009-2013. Currently she is active in the Stepping On program, Health Care Directives, a support group for those with chronic illness and teaching the Behavioral Health module of the FCNN basic preparation course. While at Metro State and Normandale Community College she incorporated spiritual care into their nursing curricula. Dee serves on the board of Elim Care Faith Community Nursing of the Evangelical Free Church of America.

Cheryl received her BSN from the University of Minnesota and MA (Health and Human Services) from Saint Mary's University in Winona, MN.  She is recently retired from a greater than 40 year career of providing either direct care or administration focused in infant and adult critical care and public health. Cheryl serves as the FCN at Grace University Lutheran Church and a Stepping On Leader. Her objective is to share the Gospel of Jesus Christ, incorporating holistic nursing skills.

Beth has a BSN from the University of Illinois Medical Center; an MSN in Psychiatric and Mental Health Nursing from the University of Minnesota, and a Doctor of Ministry degree in Congregational and Family Care from Bethel Seminary. She taught nursing at Bethel University for over thirty-five years where she served as a faculty member and Nursing Department Chair. While at Bethel she taught courses in mental health nursing, nursing care of the elderly, gerontology, end of life care, and the theology of suffering. She is also the author of the chapter “Spiritual Awareness” in the forthcoming text Psychiatric/Mental Health Nursing: From Suffering to Hope by Potter and Moller.